As an industry leader and FTSE blue chip company, it’s important that BT set a very high standard for customer service. From 2013 to 2014 Premier worked in partnership with BT to overhaul their entire contact centre audio strategy.

BT trialled and eventually deployed a new feature in their Contact Centres called – Natural Language Speech Recognition (NLSR). This new system was designed to route calls quicker by allowing callers to verbally state the nature of their call. With an average of 3 million call per month, BT were quickly able to understand the positive impact that this new system was making. The NLSR reduced average call times by over two thirds, from 180 seconds down to less than 60 seconds. Furthermore, BT were actually able to report and evidence a stunning 20% increase in customer satisfaction since the NLSR trials began.

Program Director, Andy Kelly, outlined the project “Speech recognition was the natural way forward for us, but it was important that we customised it to our business and to our customers.” “The consultancy that we received from Premier was excellent, and the the SLAs that we negotiated within the contract have been exceeded. Premier do what they say they are going to do, and they do it better!”

BT Contact Centre Audio Solutions2015-11-242015-11-24https://premiercx.co.uk/wp-content/uploads/2018/07/premiercx_reg-without-strapline.pngPremier CXhttps://premiercx.co.uk/wp-content/uploads/2015/11/BT_Thumb.jpg200px200px
WHO WE ARE
Premier CX are a point of contact creative agency. Nestled in the gorgeous Hampshire countryside, our award-winning team work with some of the UK's most successful brands.
Contact Us
WANT TO LEARN MORE NOW? 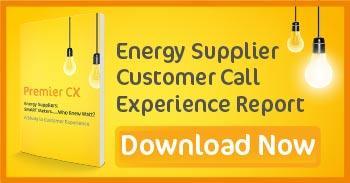 This site uses cookies to improve your user experience. By using this site you agree to these cookies being set